Brendan Menapace is a Philadelphia-based journalist. He is the senior digital editor for industry publication Promo Marketing Magazine, and was a managing editor for Philly music magazine JUMP until its end. His writing and photography have appeared on Vice, The Recording Academy, Stereogum, WXPN's The Key, PhillyVoice, Spoke Magazine and more. He also has a free Substack newsletter, which you can subscribe to here. 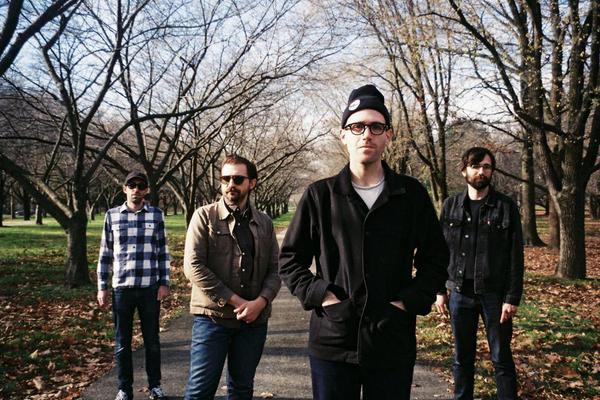 Tuning Out the Fake Ideas

How Hurry's Matt Scottoline shook off self doubt, and summoned confidence to try new things (and embrace old things) on his new album, "Fake Ideas." 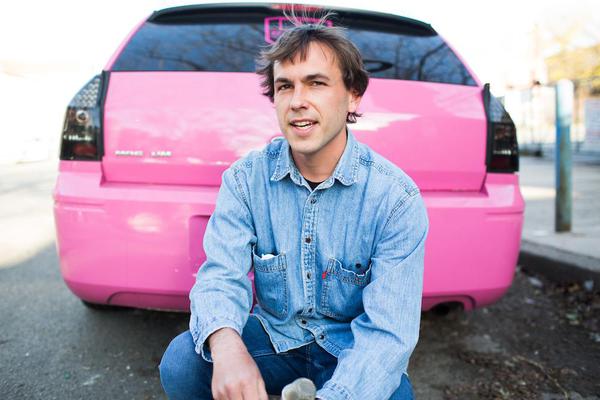 In 2018, Peter Gill was writing the first batch of what would be many songs under the 2nd Grade moniker. Not yet a full band, Gill was recording every instrument himself in a friend’s carpeted bathroom. Listening back to those recordings, ultimately released as Wish You Were Here Tour, is like a time capsule for him. At the time, his life wasn’t that awesome. He was working renting out swan boats to tourists at a riverfront park in Philadelphia. He didn’t have a phone, so he had to coordinate his life with an iPod Touch. And he didn’t have a home of his own. In 2021, Gill’s life is more stable. 2nd Grade is now a five-piece project made up of some of Gill’s friends and bandmates from other local projects. And the band has since released their full-length debut on Double Double Whammy — last year’s 24-track Hit To Hit. Oh, and he has somewhere to live. 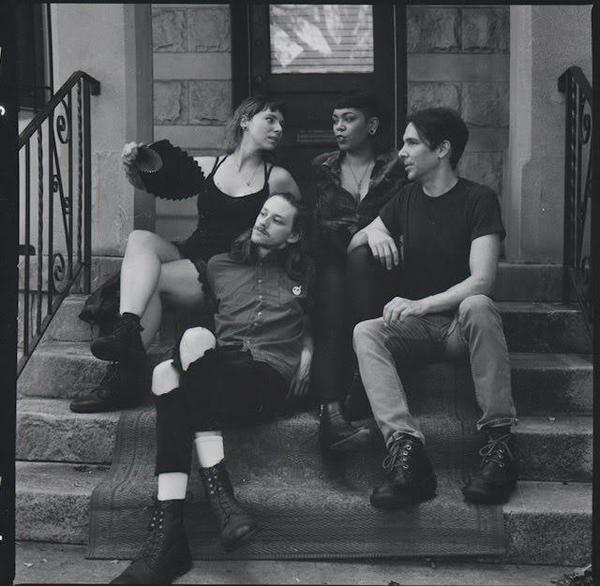 Ganser took that time where they were supposed to be touring and not only wrote new music for their next release, but used these special relationships they made with likeminded artists to create something unique, something that the band thinks might not have been possible had they and their colleagues had been on the road. I talked with the band’s Alicia Gaines, Brian Cundiff, Charlie Landsman and Nadia Garafolo about getting back to playing live, releasing an album during the pandemic, making friends with strangers online and then letting those strangers fuck around with their art. 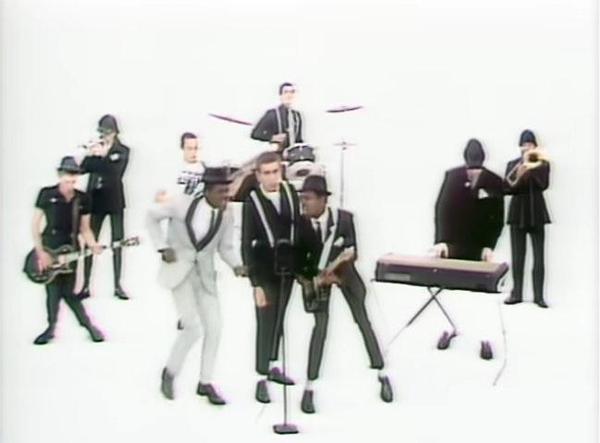 Over the last couple years, one guy has been doing the detective work for us, weeding through public figures to ask one simple question: Do you like ska? 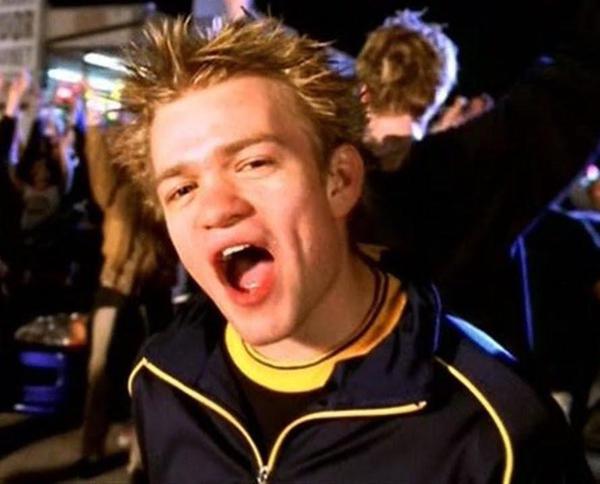 Deryck Whibley knew Sum 41 would be famous. It was always plan A. (Plan B was a career in the NBA). That idea of going to college and getting a “normal” job that his parents tried to sell him on seemed pointless. The band was going to make it. That was the only option. His bandmates’ parents gave them all two years to do it. If that didn’t work out, it was back to normal life. The bet on themselves paid off. Sum 41 launched themselves out of suburban Ontario and into pop punk stardom on the ba 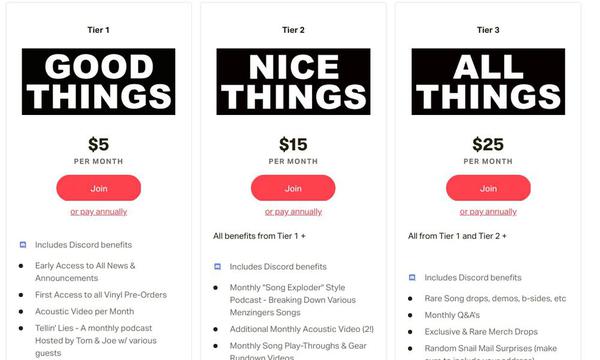 How Patreon has saved musicians during the pandemic, the new roles artists play in their own creation and marketing, and the questions over the platform's future in music 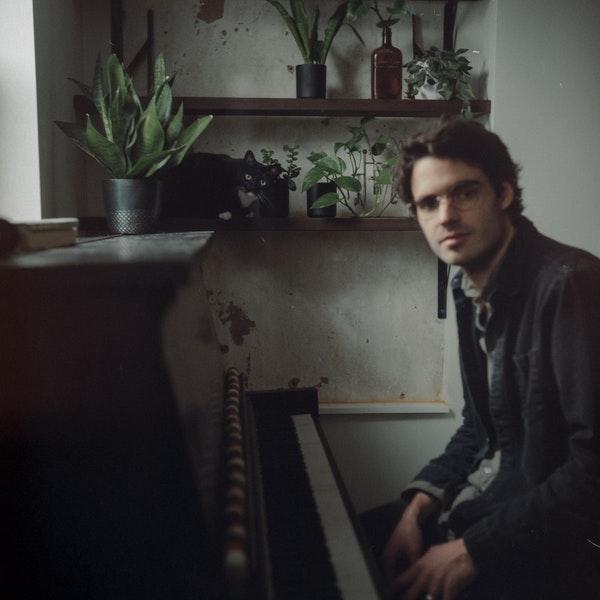 Jake Ewald addresses the audience in the room. There isn’t anyone there. Jake Ewald is alone. That’s the irony of the opening track on his new album under the Slaughter Beach, Dog moniker – At The Moonbase. That bit continues throughout the album, where he regularly breaks that fourth wall, coming into the room you’re sitting in to check on you, thank you for listening, or crack a joke. “I appreciate a good laugh, and I like to laugh a lot of the time,” Ewald tells me over the phone from his P 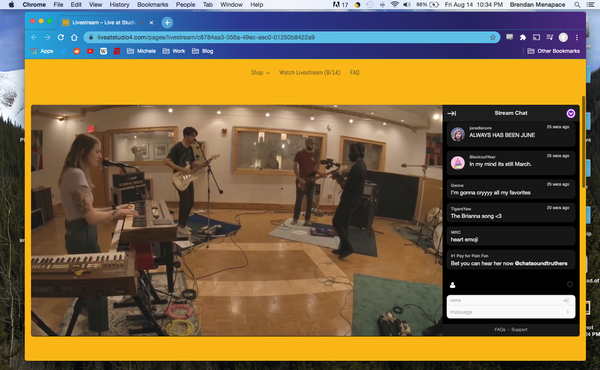 A Night In with Tigers Jaw

The first time I saw Tigers Jaw was in 2010 at The Fire in Philadelphia. It was about a month before they released Two Worlds, they were still pretty firmly a Scranton band, I was a freshman at Temple University, and the thing I remember most was that the tiny little room moved in waves back and forth, rather than anything resembling a circle pit. They opened with “The Sun,” I got pushed in the surge forward, then pushed back, then pushed forward, then pushed back, and it went that way for about 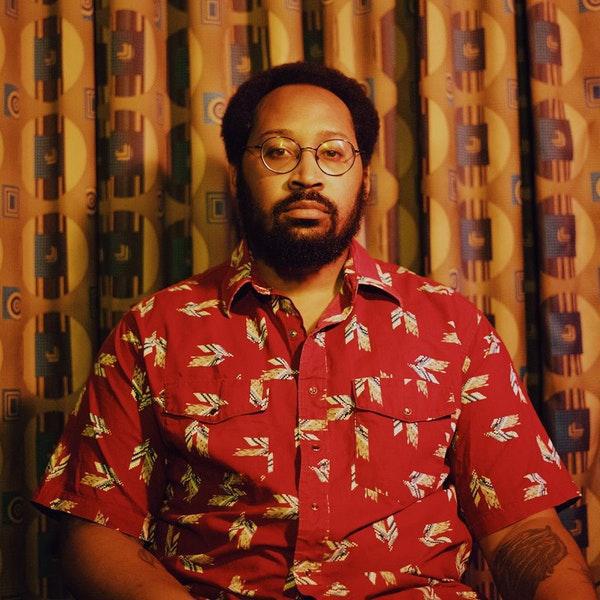 Bartees Strange At the End of the World

We’re all just doing the best we can right now. It’s not easy waking up every day to face the apocalypse and carry on with some semblance of normalcy. We will ourselves to be productive, whether that’s working, folding laundry, exercising, being creative—anything. Bartees Strange, the D.C.-via-Brooklyn-via-Oklahoma singer/songwriter/producer/what-have-you, is battling two apocalypses simultaneously. For one thing, he’s a burgeoning artist releasing new music and trying to grow his career amidst 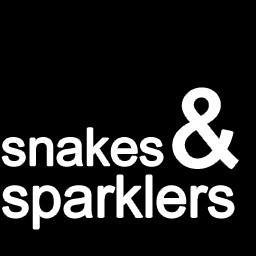 More than a year after its 2019 release, Grand Rapids, Michigan’s La Dispute announced that it would release a special Blu-Ray edition of Panorama, mixed by producer Will Yip in 5.1 surround sound. Panorama is such a cinematic album for La Dispute, so this decision makes sense. It was partially influenced by the physical landscape of a drive through the band’s native Michigan. It’s a wide spectrum and color palette of sound, too. There are tense and blistering highs, reflective lows, and more 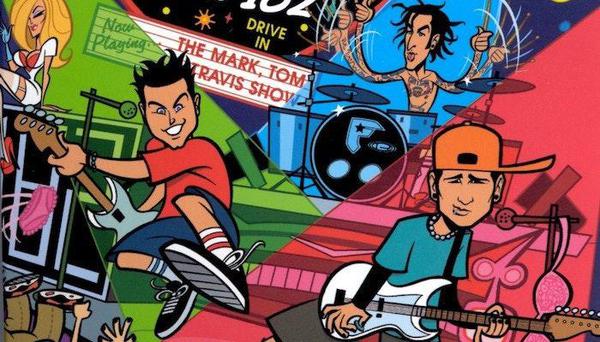 When you look at the all-time best live albums, the general consensus are things like The Last Waltz, Johnny Cash at Folsom Prison, The Who’s ‘Live at Leeds’ and Nirvana’s Unplugged. Curiously, Blink 182’s The Mark, Tom, and Travis Show (The Enema Strikes Back) is conspicuously missing from most lists I’ve seen. I get it. It doesn’t hold the cultural significance of something like Sam Cooke’s Live at the Harlem Square Club, and hasn’t had the staying power of something like Stop Making Sense. B 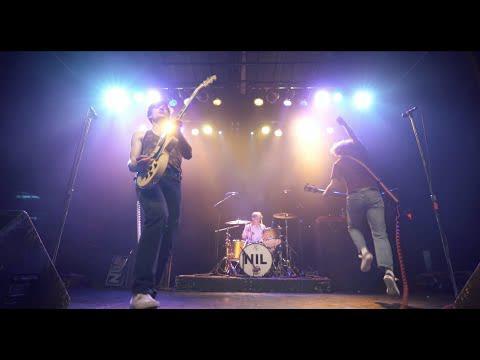 On Feb. 19, 2014, Alex Turner cooly (in the Fonzie definition of “cool”) sauntered onto the stage with the rest of his band, Arctic Monkeys, to accept a BRIT award for Album of the Year for 2014’s AM. After giving a quick mic-check-one-two, he crooned this: “That rock n’ roll, eh? That rock n’ roll. It just won’t go away. It might hibernate from time to time. Sink back into the swamp. I think the, uh, cyclical nature of the universe in which it exists demands it adheres to some of its rules. B 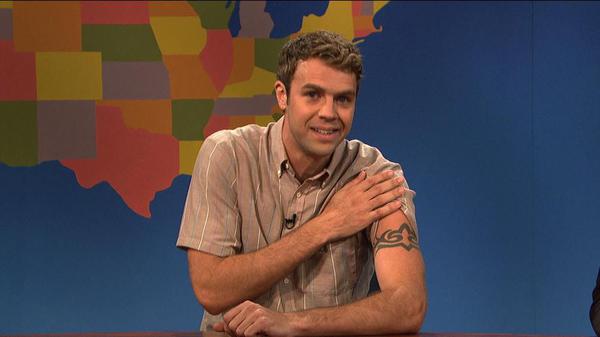 Right out of the gate, a warning. This conversation could be dreadfully boring to some people. But for people like me—people who grew up thinking the Red Hot Chili Peppers were a cornerstone of musical history, then being embarrassed about thinking that, and then realizing you can still love them and think they’re great but recognize their flaws—this might be a fun read. To spice things up, I got comedian Brooks Wheelan to join me. So it’s not just my insane ramblings this time. Everyone has th 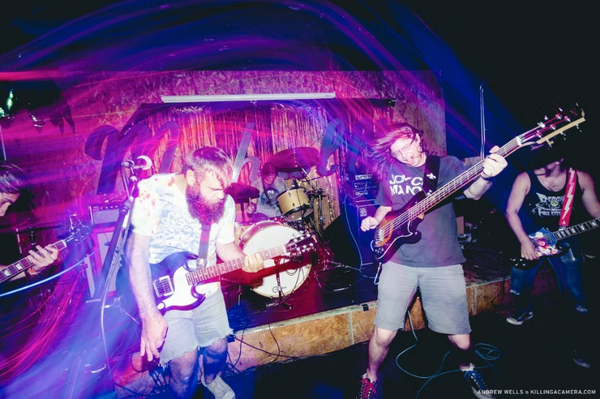 I’ve been a big fan of The Superweaks for a while. (Since all the way back when they were The Weaks.) I think they’re one of the most fun and refreshing bands in Philly and beyond. They’re one of those bands that takes Wyld Stallyns shredding and makes it make sense (if that makes sense). They certainly exist in the same conversation as bands who appreciate a good harmonized lead part like Rozwell Kid or aren’t afraid of a solo or two like Diarrhea Planet. And the hints of metal influences ancho 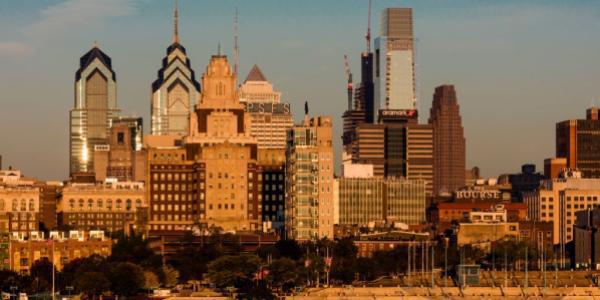 Philadelphians are a proud people. New Yorkers like to say it's a little brother complex that makes them squirm when it's called the Sixth Borough. Really, Philadelphians are just fine differentiating themselves from other cities. I mean, the sports teams have been using "No one likes us, we don't care," as a battle cry for a few years now. But, for as much as the city loves to paint itself as the underdog in so many ways, it's a place that's on level ground with any supposed artistic mecca that costs double for an apartment or a cup of coffee. It's also a city that fiercely looks out for its own. So, that may be why so many artists and musicians have called Philadelphia home over the years, whether they were born and raised here or made it their adopted home to grow as artists and music creators of all types. 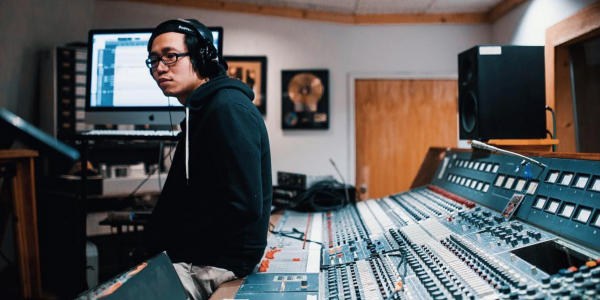 Will Yip Works Harder Than You

Will Yip just might be the hardest working man in the music business. You won’t see him on tour. You won’t see his name on a marquee. You might not ever see him at all, unless you venture into the subterranean Studio 4 in Conshohocken, Pa., just a few minutes outside of Philadelphia. That’s where he is for about 13 hours a day. The other hours he’s probably mixing at home - something he does to force himself to leave the studio at some point at least. You’ve probably heard his work, though. If 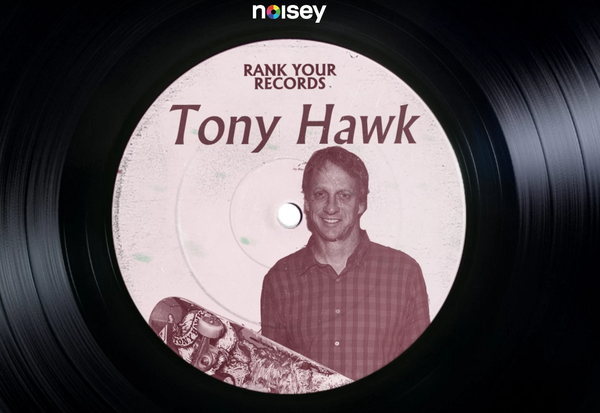 In Rank Your Records, we talk to artists who have amassed substantial discographies over the years and ask them to rate their releases in order of personal preference. The Tony Hawk’s Pro Skater video game franchise did a lot of things for skateboarding. Besides giving skateboarders their sport’s first legitimately enjoyable game, it launched underground skateboard culture into the mainstream. Since its inaugural edition was released in 1999, the Tony Hawk’s series has brought previously unknow 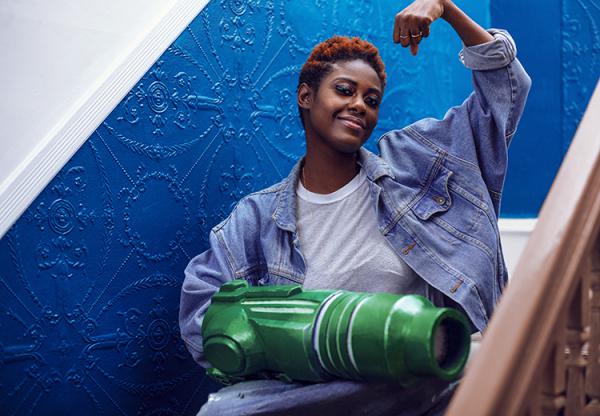 Changing the Game: How rapper/Ph.D candidate Sammus pulls off the ultimate balancing act

Énongo Lumumba-Kasongo seems calm. Calmer than you might expect considering her current workload. The 32-year-old, perhaps better known by many as Sammus, is sitting on her couch, which is perfectly angled in a spotless, sun-filled living room that could very well be found in a West Elm catalog or interior design Instagram feed that focuses on minimalism. The only thing that resembles clutter in her West Philly home is one shelf of books on the wall and a stack of records beneath the TV. On the other wall is a Mac desktop computer and small keyboard. In this place of absolute organization, there’s tranquility. Nothing seems overwhelming to her, even as she balances life as an up-and-coming hip-hop artist and as a Ph.D candidate at Cornell. 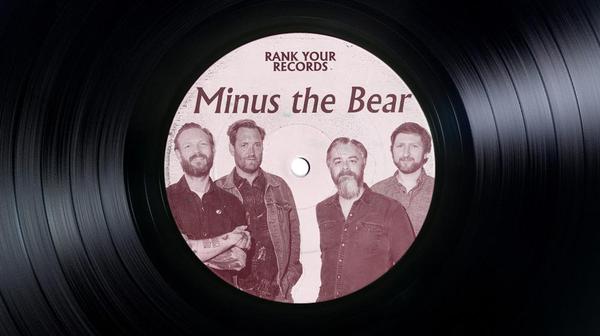 Minus the Bear's Jake Snider Ranks the Band's Six Albums

In Rank Your Records, we talk to artists who have amassed substantial discographies over the years and ask them to rate their releases in order of personal preference. After 17 years, six albums, a handful of EPs, and a B-sides release, Seattle prog/math/indie rock band Minus the Bear announced that they were calling it a day following one last EP and a farewell tour. They knew things were winding down while they were touring for the tenth anniversary of 2007’s Planet of Ice but didn’t want to 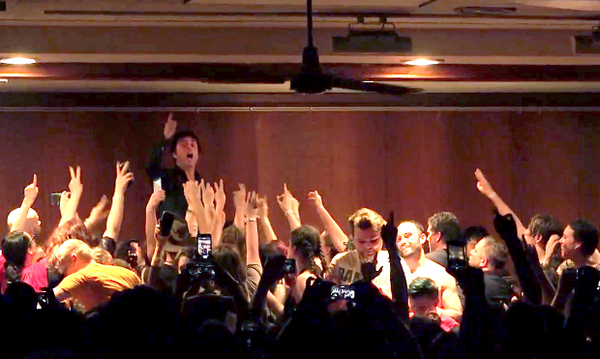 The Longshot brings Billie Joe Armstrong back to the basement in a sweaty, glorious First Unitarian gig

It’s sort of surreal to see Billie Joe Armstrong play in the Church basement. Not that he hasn’t played venues like this while Green Day was starting out, but to see the guy who’s sold out countless arenas and festival grounds play on top of the alphabet carpet in front of a couple hundred people is still odd. What’s even more odd is not hearing Green Day songs.
Load More Articles
Close ✕